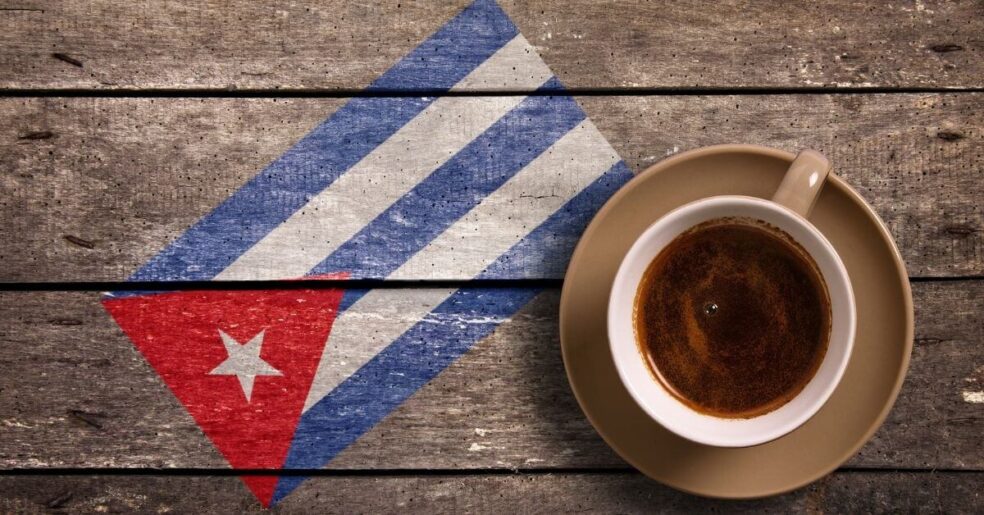 Cuban coffee is known for being strong and intense. While American-style coffee is considered weak and watery by comparison. But just how much stronger is Cuban coffee than regular American coffee?

On average, Cuban coffee is approximately twice as strong as American coffee when measured in Total Dissolved Solids (TDS). However, the exact strength of each coffee depends on several factors including, brewing method, roast type, and the ratio of coffee grinds to water used.

Now you may be wondering how we can compare these two coffee styles since strength and intensity depend on so many variables. Let’s go over a few of them to see just why Cuban coffee is stronger.

We know that Cuban coffee is about two times stronger than regular coffee because coffee strength can be measured in terms of Total Dissolved Solids (TDS).

According to the Specialty Coffee Association of America, the ideal TDS is between 1.15 and 1.35. This is around the TDS you’d normally get from a pour-over or drip machine.

By comparison, Cuban coffee is traditionally brewed in a Moka pot. And we’ve seen that the TDS of Moka pot coffee generally stays around 2.5.

Based on this information alone, we can see that Cuban Moka pot coffee is twice as strong as American coffee.

All coffees had a TDS that fell within the expected range for that brew type, except for the drip machine coffee. And although the drip machine returned stronger coffee than usual, it was still much weaker than the Moka pot coffee.

Based on the TDS table shown above most brewing methods in America, whether it’s a percolator, pour-over, or french press will be much weaker than the Moka pot coffee common to Cuba.

Why Is Cuban Coffee Stronger Than Regular Coffee?

Cuban coffee is stronger and has higher Total Dissolved Solids (TDS) than regular coffee for a few reasons.

The most popular brewing method for Americans is the drip maker or pour-over. These coffee makers use gravity to pull the water through the coffee grinds. Because of that, a lot of the coffee’s flavors never reach the cup.

On the other hand, Cuban coffee is only really brewed in Moka pots, which use steam pressure to extract much more coffee than a drip maker can.

Depending on who you ask, the recommended coffee to water ratio for the American drip method could be anywhere from 1:15 to 1:18.

By comparison, the recommended ratio for the Cuban Moka pot is between 1:7 and 1:10.

So, just on the ratios alone, Cuban coffee is twice as strong!

Cuban Coffee Is Stronger Because It Uses Dark Roast Beans

Another reason Cuban coffee is stronger is that it’s made with dark roast beans, while the average American prefers medium roast beans.

The darker a coffee bean is roasted, the more porous and water-soluble it becomes. So it’s much easier to extract flavors from a darker bean than a lighter one.

Besides the difference in extraction, it’s also the case that dark roast beans often have a burnt and smoky flavor, while medium roasts are milder.

That dark, robust flavor profile can definitely add to the perception of strength.

Cuban Coffee Is Stronger Because Of Its Smaller Grind Size

Because the grind is smaller, Moka pots can extract more coffee from the beans than a drip maker can.

It’s important to note this because many people define a coffee’s strength by how powerfully it affects their body and not necessarily by the taste.

According to articles published on NCBI, caffeine is a stimulant that increases brain activity but also reduces blood flow to the brain. This can make you feel more alert or lightheaded.

Caffeine can also increase your blood pressure and maybe even your heart rate.

So, if you define a coffee’s strength by how alert, jittery, or light-headed it makes you feel, then there’s no doubt about it; Cuban coffee is much stronger than regular coffee!

Cuban Coffee Is A Great Alternative For Espresso Lovers

Cuban coffee is strong and intense. But it’s not for everyone. The people who would appreciate this drink the most are espresso lovers who enjoy bold, full-bodied coffees that are packed with caffeine.

However, there are some differences between espresso and Cuban coffee.

First, true espresso is pulled using 7-9 bars of pressure for around 30 seconds, and Cuban coffee is brewed at 1-2 bars. This makes espresso a far more concentrated drink.

Second, Cuban coffee doesn’t actually have crema. Instead, a foam is whipped out of sugar and a few drops of coffee. This makes Cuban coffee quite a bit sweeter than espresso.

But Cuban coffee also has some similarities to espresso as well. Specifically, they are both served in a small shot-sized cup and typically don’t include milk.

Is Cuban Coffee Stronger Than Espresso?