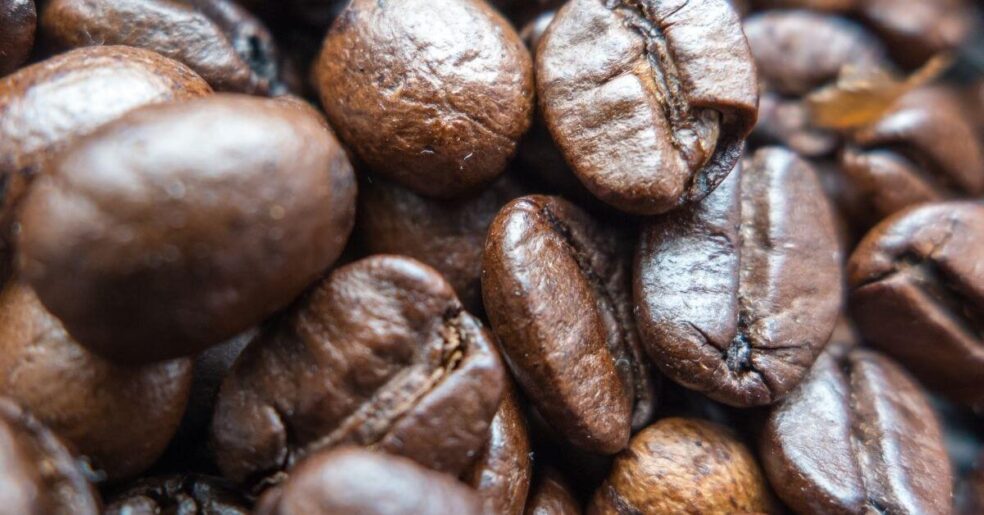 As coffee drinkers, we know that coffee starts to lose flavor within a few weeks after roasting. But does old coffee lose caffeine as well?

In general, the caffeine content of coffee does not change over time. Caffeine is a stable compound that is unaffected by exposure to oxygen or moderate temperatures. As such, a coffee bean’s caffeine level will remain unchanged even as the coffee’s other components break down due to oxidation.

Even though coffee beans don’t lose caffeine as they age, there are other factors that affect the caffeine level of your coffee.

If you want to learn more about what can affect your coffee’s caffeine content, read on!

Does Coffee Lose Caffeine As It Ages?

Typically, old or expired coffee contains the same amount of caffeine as when it was freshly roasted. Since caffeine is a stable compound, it doesn’t deteriorate over time like coffee’s oils, acids, and sugars.

However, coffee has different stages in its “life cycle”.

Each of these stages may or may not see changes in caffeine levels.

Let’s quickly discuss each one.

Caffeine develops in unripe coffee beans and increases as the coffee grows and matures. So, during this stage of the coffee bean’s life cycle, the caffeine content grows as it ages.

The actual increase in caffeine depends on the species of coffee, growing region, farming practices, and other factors.

A lot of coffee’s caffeine is contained in the fruit’s pulp. So when the coffee is harvested and processed (whether wet or dry) it loses much of its caffeine. (Check out this research done at the National Institutes of Health.)

However, there’s still a lot of caffeine in the coffee bean itself, and this is what’s important to your cup of morning joe.

Coffee’s Caffeine Doesn’t Change During Or After Roasting

Like most objects, caffeine will break down if it gets hot enough. Because of this, it’s commonly believed that coffee loses caffeine during the roasting process.

But this isn’t always true. Caffeine inside the coffee won’t break down until the bean’s internal temperature reaches 460°F (239°C). (See Britanica for info on caffeine).

And only the very darkest roasts will reach those temperatures. So, unless you’re a fan of nearly burnt coffee, your beans won’t have lost any caffeine.

Since caffeine is a stable compound, the amount of caffeine in coffee beans doesn’t change as the beans age.

So when you’re ready to brew your coffee, the caffeine content should be the same as when it was roasted.

After you brew your coffee, the caffeine content of your cup won’t change.

Caffeine doesn’t oxidize, evaporate or break down after it’s extracted into water. So whether your coffee is minutes old or days old, the amount of caffeine in the cup will remain the same.

Reheated coffee does not lose caffeine. In fact, boiling water is not hot enough to break down caffeine. So, regardless of how hot you make your coffee, it won’t be enough to reduce the caffeine content.

However, we don’t generally recommend reheating your coffee. Unlike caffeine, the acids, sugars, and oils which give coffee its flavor easily break down under heat which can result in bitter coffee.

Ways To Reduce Caffeine In Coffee

So far, we’ve seen that caffeine doesn’t really deteriorate under most circumstances. But what if you actually want to reduce your coffee’s caffeine content?

Is there a way to do it?

Well, you won’t be able to strip the caffeine out of the bean while leaving in the flavors and aromas intact. So, the best thing to do is buy decaf coffee. (We recommend Mommee Coffee which you can buy on Amazon.)

But the next best option is to learn about the brewing factors that affect caffeine extraction.

Let’s take a quick look at these factors.

Caffeine is not very soluble in cold water. However, it becomes more soluble as the temperature increases. If you want to reduce the caffeine extraction in your coffee, consider brewing you coffee at lower temperatures.

The ideal coffee brewing temperature is between 195°F and 205°F. (According to the National Coffee Association). Brewing at the low end of this range will give you the best coffee while minimizing the caffeine.

To limit caffeine extraction, choose coarser grinds. But also keep in mind that coarser grinds are best for the French Press brewing method. You may even be able to get away with using coarser grinds for pour-over or drip coffee.

Brewing pressure greatly affects that amount of caffeine extraction as well. Because of this espresso makers extract the most caffeine from coffee beans.

Moka pots also use pressure to brew coffee and extract a lot of caffeine.

So, the best way to minimize caffeine is by choosing other non-pressurized brewing methods.

Earlier we mentioned how the roasting process doesn’t affect the coffee’s caffeine content.

This is true. But what happens is that as coffee is roasted darker, it loses water, releases carbon dioxide, and becomes less dense.

As a result, a scoop of light roasted beans will actually contain more coffee mass (and more caffeine) than the same scoop of dark roasted beans.