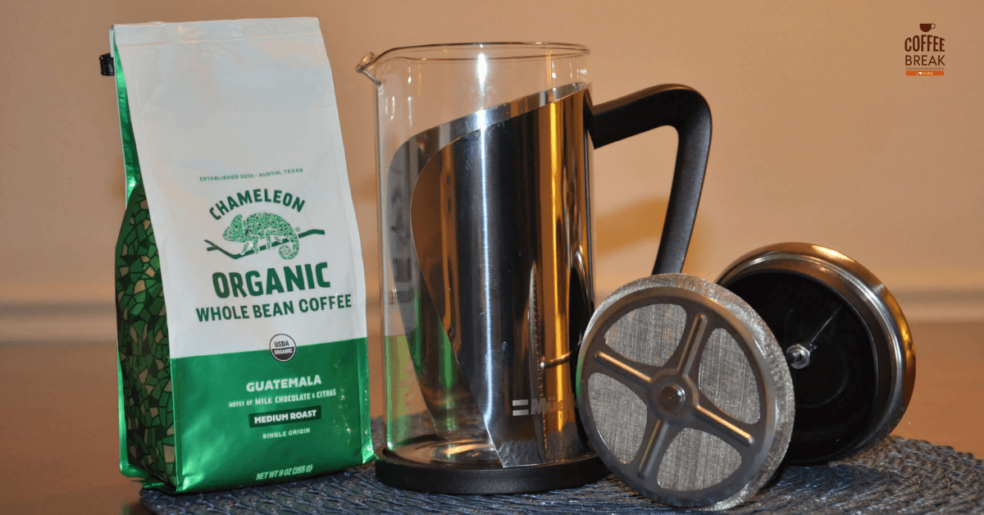 French Press brewers are among the most popular coffee makers available. But because they’re manual brewers, they can occasionally get stuck. What’s going on when this happens and why is your French Press hard to press?

Commonly, a French Press is hard to plunge because coffee grinds are stuck in the filter. A clogged filter decreases the water’s flow rate and increases the pressure needed. However, it’s important to note that putting too much pressure on your French Press can cause it to break or even explode.

While a clogged filter is the most likely reason, there are several other issues that can make your French Press hard to press.

So, if you don’t think that’s your issue, keep reading! We’re going to cover the top 5 reasons French Presses get stuck and what you can do about it.

1) Fine Ground Coffee Is Stuck In The Mesh Filter

The most common reason French Presses get stuck is that the coffee is ground too fine.

When the grounds are too fine, they can easily get stuck in your French Press’s filter which then makes it difficult for you to plunge.

To prevent this, your best option is to buy or grind medium/coarse beans.

Even if you haven’t intentionally gotten fine ground beans, keep in mind:

So, unless you buy a burr grinder, (you can check out this one on Amazon) there’s a good chance you’ll always encounter some small grounds. But it shouldn’t be so much of an issue that your French Press will be hard to press (unless you allow it to build up over time).

2) The French Press Filter Is Not Cleaned Regularly

French Presses can also become hard to push down if they’re dirty.

Pre-ground coffees and coffees ground with blade grinders will contain some smaller pieces that can get stuck in the mesh filter. While these pieces probably won’t clog your French Press in one or two brews, they can create a problem if they’re allowed to build up.

This is why it’s important to clean your French Press after every use.

These dried oils can be difficult to see, but over time they can also make it more difficult for water to flow through the mesh filter.

3) The Coffee Crust Prevents The Filter From Going Down

When brewing French Press coffee, the grinds normally rise to form a crust on the surface of the water. This crust, if allowed to sit and expand, could possibly make it more difficult to press your French Press.

To prevent this from happening, you can stir the coffee or break the crust before plunging. Besides making your French Press easier to press, this process has beneficial effects on your coffee’s flavor.

If the coffee grinds are allowed to float on the surface of the water, much of the flavor won’t be absorbed into the water. This is also why it’s recommended to break up the crust or stir the coffee before pressing; to extract as much flavor as possible.

4) Blooming Caused Pressure To Build In Your French Press

Blooming is the process of soaking coffee beans in hot water in order to release carbon dioxide. The purpose is to make the coffee solubles more accessible to the water, resulting in better coffee extraction.

So, how could the release of carbon dioxide make it harder to press your French Press?

Well, one possibility here is that after pouring water over your coffee grounds, the coffee crust forms on the surface of the water while carbon dioxide is being released.

If some of the carbon gas is trapped under the crust, it could be difficult to press the plunger.

While this is unlikely to happen, it’s a possibility. And prevent it, you can stir the coffee or break the crust before plunging.

It may also be the case that your French Press isn’t stuck at all. It may just be that it’s already pressed down as far as it can go.

This may seem like a silly suggestion, but some French Presses can be plunged down further than others. And if you’ve just started using a new French Press you may have been expecting it to plunge even more.

This is an issue I ran into when brewing a small amount of coffee in a large French Press. After pressing, it seemed like it should be able to go down more. It took me a second to realize that the plunger wasn’t stuck, it was just at its limit.

While this isn’t the most common issue, it is one to keep in mind.

What To Do If My French Press Is Stuck?

If your French Press is stuck, don’t continue to press it down. Since most French Presses are made of glass, too much pressure can result in it breaking or even exploding.

Instead, remove the plunger by pulling it up and then check that the mesh filter isn’t clogged. If it is, clean it off and consider stirring your French Press or scooping grounds out before trying to plunge it again.

Key Takeaways – Why Is My French Press Hard To Press?

The number one reason French Presses get stuck is that the filter is clogged with coffee grounds. This can happen when your grinds are too small or if the brewer is dirty.

When using a French Press, keep these things in mind: