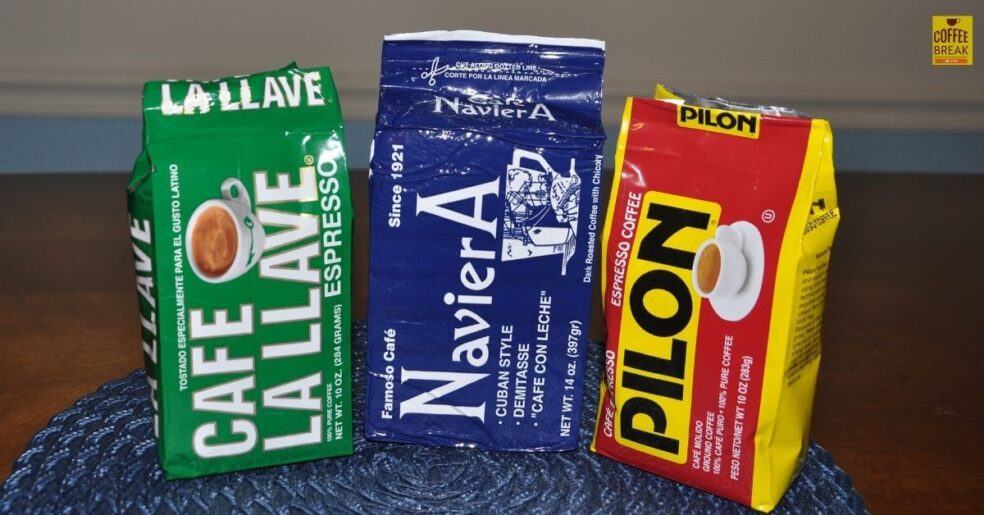 Like many fans of Cuban coffee, you may want to make your own cafetico at home. But can you buy Cuban coffee in the U.S.?

But if you want coffee that’s as close as possible to what’s available in Cuba, I’d recommend picking up a pack of La Carreta on Amazon. Although these beans are sourced from South America, their aroma and flavor are exactly like the coffees I remember from Cuba.

To learn more about Cuban coffee, why Cuban beans aren’t available, and what the best options are, keep reading!

Can You Buy Cuban Coffee In The U.S.?

Cuban coffee beans are generally (but not always) unavailable in the U.S. due to sanctions and trade policies.

Let’s take a quick look at each scenario.

The terms of the U.S. embargo against Cuba prohibit many items, including coffee, from being imported. So, for over 50 years Cuban coffee really wasn’t available in the U.S.

Then, in 2016 the embargo was loosened and some imports were allowed. Nespresso quickly took advantage of the opportunity to get Cuban coffee beans into the U.S. However, in 2021 new sanctions were placed on Cuba, and in 2022 sanctions were eased again.

This back and forth makes it difficult to say when coffee imports will be allowed into the U.S. and when they’ll be prohibited.

But what we can say is that whenever Cuban coffee beans are available in the United States, you’ll need to buy them fast! Because they’ll be in limited supply and may not be available for long.

Many Popular Cuban Coffees Don’t Use Beans From Cuba

There were multiple Cuban coffee makers who immigrated from the island to the United States. After arriving, a few started their own coffee companies in the U.S.

Other brands, seeing an opportunity to sell coffee to the growing Cuban population, used Cuban roasting formulas to make their own Cuban-style coffees.

Brands like Pilon, Cafe Bustelo, and La Llave were started this way and they quickly gained popularity.

Based on that, it could be argued that the roasting and preparation methods matter more for Cuban coffee than the origin of the beans.

(If you’d like to read more about Cuban coffee brands available, check out our article “Cuban Coffee Brands“.)

Where Can I Buy Cuban Coffee In the US?

When it comes to buying Cuban coffee in the U.S., there are two main options available.

You won’t find Cuban coffee beans in Walmart, but you will find popular Cuban-style coffees like Pilon and Cafe Bustelo.

And if your city has a Latino supermarket, you’ll have an even wider selection of Cuban coffees to choose from.

For example, we have Bravo and Fresco y Mas in our area. And we’ve occasionally bought Cubita (a brand famous in Cuba) from these stores even though it wasn’t available anywhere else.

While Cuban coffees are more difficult to find in stores, they’re easier to find online.

For example, Amazon has several Cuban-style coffees available that you probably won’t find in stores, such as Cuba Mia.

The Market For Cuban Coffee Beans Is Limited

The sanctions against Cuba aren’t the only reason their coffee beans are hard to come by. Another reason is that the island’s coffee production has declined significantly and is now mostly for domestic consumption.

In the early 20th century coffee was one of Cuba’s major exports and it was sold at premium prices in markets all over the world. However, after the Cuban revolution, the coffee industry began to decline.

Following that, the U.S. embargo and then the collapse of the Soviet Union hurt the coffee industry even further.

It’s only been in the last few years that the Cuban government has begun to invest in their coffee industry, however, the production is nowhere near what it used to be.

So, even if companies start selling Cuban coffee in the U.S. the supply is too low for it to be widely available.

What makes Cuban coffee special isn’t necessarily the growing region or climate conditions. It’s primarily the roast, how it’s made and how it’s brewed.

Traditional Cuban coffee is made from a blend of arabica and robusta beans that have been roasted and ground to precise specifications.

The coffee is traditionally brewed in Moka Pots which results in its distinctive dark color and full-bodied flavor. Brown sugar is also added to Cuban coffee which makes it sweet and gives it an almost syrupy texture.

What Brands Of Cuban Coffee Are Available In The US?

There are several Cuban-style coffees available in the United States. Here are a few to consider, you can find them on Amazon:

However, if you’re not sure which one to try, we’ve got two great recommendations.

What’s noteworthy about this one is that it has the unmistakable aroma of chocolate. It also brews a deep dark and rich cafecito that’s phenomenal.

Our second recommendation is La Carreta.

It doesn’t have the same chocolaty aroma or flavors, but it smells exactly like the coffee I’m familiar with from Cuba. It tastes great and is the most similar to authentic Cuban beans.

(To read about our experience trying all these Cuban coffees check out our article “Cuban Coffee Brands“.)