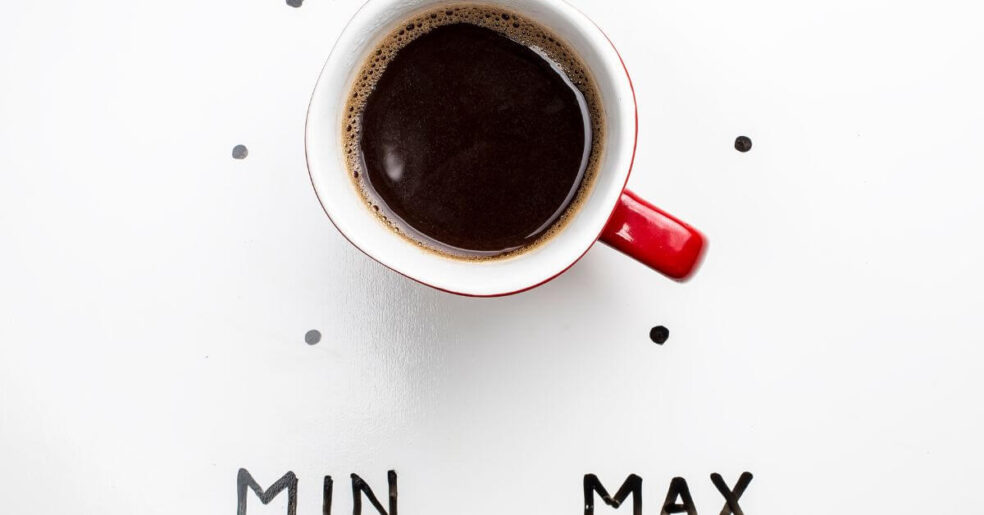 A double shot of espresso is a popular choice for people who want a strong, energizing drink that’s full of caffeine. But just how much caffeine is in two shots of espresso?

On average, a double shot of espresso contains between 60 and 128 mg of caffeine. The caffeine content of espresso has such a large range due to various factors. These factors include the type of coffee beans being used, the coffee’s grind size, and even the type of espresso machine being used.

While a shot of espresso contains the most caffeine of any coffee by volume, it doesn’t necessarily contain the most caffeine overall. So, whether you’re looking to reduce your caffeine intake or increase it, there are some things you’ll want to know about.

How Much Caffeine Is In Each Shot Of Espresso?

Each shot of espresso contains between 30 and 64 mg of caffeine. There’s a lower and upper range for each shot because there are several variables that affect caffeine levels. These variables include:

Let’s quickly talk about each of these factors and how they affect the amount of caffeine in espresso.

Different Species Of Coffee Have Different Amounts Of Caffeine

Two of the most popular types of coffee are Arabica and Robusta. These two beans thrive in different environments and as a result, have different amounts of caffeine.

Arabica beans grow in higher altitudes. So, they get less oxygen, grow slower, and have fewer insects to deal with.

On the other hand, Robusta beans grow at lower altitudes where there are more bugs. This causes Robusta beans to develop around 83% more caffeine than Arabica, which helps them fend off insects as well as diseases.

How does this relate to your double shot of espresso?

Coffee companies sell either 100% arabica, 100% robusta, or a blend of the two. So, depending on the brand of coffee you buy, you will get a different amount of caffeine in your espresso.

Coffee Beans From Different Regions Have Different Amounts Of Caffeine

Generally, coffees grown at a higher elevation have a lower caffeine content. This means that coffees from different regions often have different amounts of caffeine, even if they’re the same species of bean.

And of course, if you buy a blend of coffees from different regions, that will affect the amount of caffeine in your cup.

The size of your coffee grinds can also affect the amount of caffeine in your espresso.

If you grind your beans in your espresso machine, you probably have the option to adjust your grind settings. A small change in the size of the grinds will affect the water pressure, the coffee’s rate of extraction, and ultimately how much caffeine ends up in your cup.

While it may not seem like a huge difference, even a small change in the grind setting can affect the strength of your coffee.

The ideal pressure for espresso is generally considered 9 bars. However, there are espresso machines that use different amounts of pressure. Some use 9 bars, 15 bars, or even 18 bars.

Higher pressures extract coffee quicker, however, they may not extract the coffee as thoroughly as a lower pressure machine. So, depending on the amount of pressure your machine generates, you may get more or less caffeine.

Does Roast Level Affect The Caffeine In A Shot Of Espresso?

Roast level does not affect the caffeine content of coffee.

However, caffeine breaks down at around 456°F, which is higher than the roasting temperature for dark roast coffees. So, caffeine levels remain relatively stable during the roasting process.

Although coffee doesn’t lose caffeine while roasting, a scoop of dark roast beans does contain less caffeine than a scoop of light roast.

This is because roasting causes the bean to expand and lose water content, which makes the bean lighter. So, a scoop of dark roast contains less coffee grinds overall.

Do Two Shots Of Espresso Have More Caffeine Than Regular Coffee?

So, overall a cup of regular coffee contains more caffeine than a single or double shot of espresso.

However, keep in mind that a single shot of espresso is 1 oz and a double shot is 2 oz. And a cup of regular coffee is 8 oz.

Is A Double Shot Of Espresso Too Much Caffeine?

According to the U.S. Food and Drug Administration, the recommended daily intake of caffeine for adults is 400mg. That recommended amount is well above the 60 to 128mg found in a double shot of espresso.

So, two shots of espresso does not have too much caffeine for the average adult.

However, keep in mind that several other foods and beverages contain caffeine as well, and drinking several double shots of espresso every day could put you over the limit if you’re not careful.

How Can I Brew My Espressos With A Consistent Amount Of Caffeine?

Considering the health effects of caffeine and the energy it provides, you may want to brew your espresso with a consistent amount of caffeine.

The good news is that there are several variables affecting caffeine that you can control.

If you want to control your coffee’s caffeine content, try some of the following:

How Can I Measure The Caffeine In My Espresso?

Currently, the only real way to measure the caffeine content in your drinks is to use something called ultraviolet spectroscopy.

There also used to be caffeine testing strips available called “D+Caf Caffeine Test Strips”. These strips were caffeine-sensitive and would tell you if caffeine was in a drink, but they wouldn’t tell you the exact amount. Unfortunately, they appear to have been discontinued.

Until an easy and practical way to test caffeine becomes available, the best option is to get caffeine information directly from the manufacturer.

How Much Caffeine Is In Two Shots Of Espresso – Key Takeaways